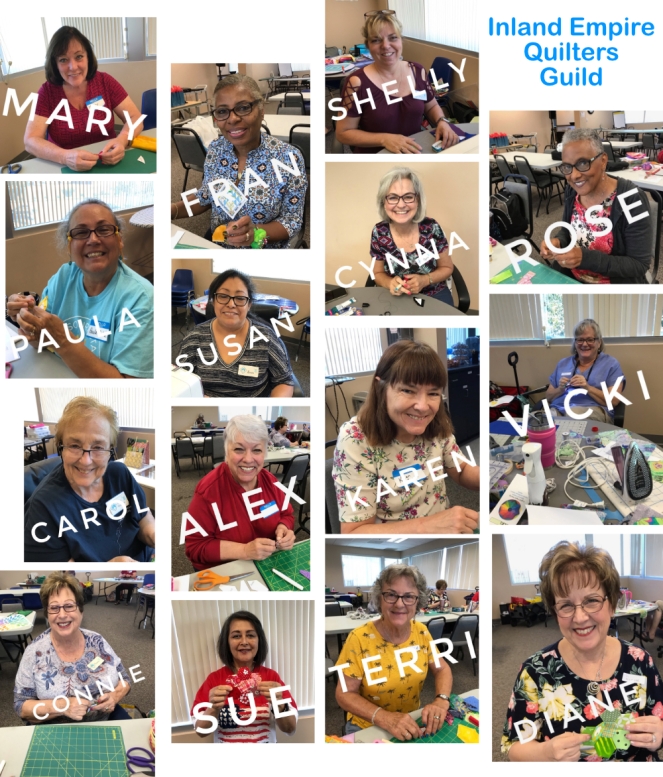 The classroom behind me was abuzz as I set up my Shine quilt on its frame.  I turned around to see that the room had filled up with women from the Inland Empire Quilters Guild, who had come to take my class on English Paper-Piecing (EPP).  I have many Guild visits coming in the next year, but only one group has chosen EPP.  So I challenged myself to come up with something unusual and interesting that would provide a chance for them to learn a variety of skills.

First I gave them a brief history of EPP, showing them quilt pictures from the International Quilt Museum in Lincoln, NE.

The International Quilt Museum calls these types of quilts “mosaic” patchwork quilts, and they write: “The earliest examples of mosaic patchwork, from 1700s England, were typically made from lighter-colored silks. Later, during the third quarter of the 1800s, dark-colored silks predominated. Their availability, and the paper-piecing technique, spread widely throughout the United States.”

The three tasks I designed for the Inland Empire Quilters were: 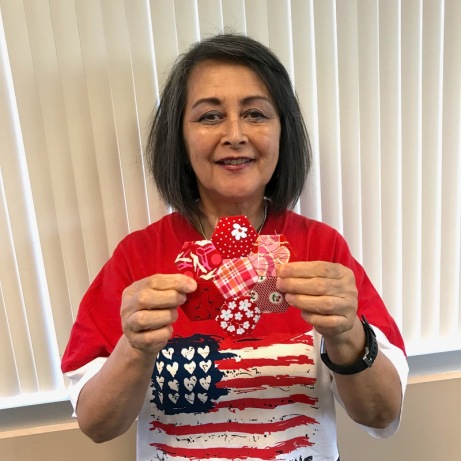 Sue worked diligently on her hexie flower, finishing it up.  Most others shifted off to the mini-mini quilt: a Kansas Sunflower variation, shown at the top of this post. 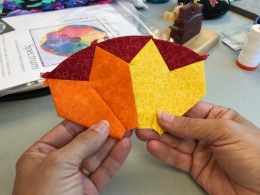 I was impressed with their designs and the variety of colors they used. 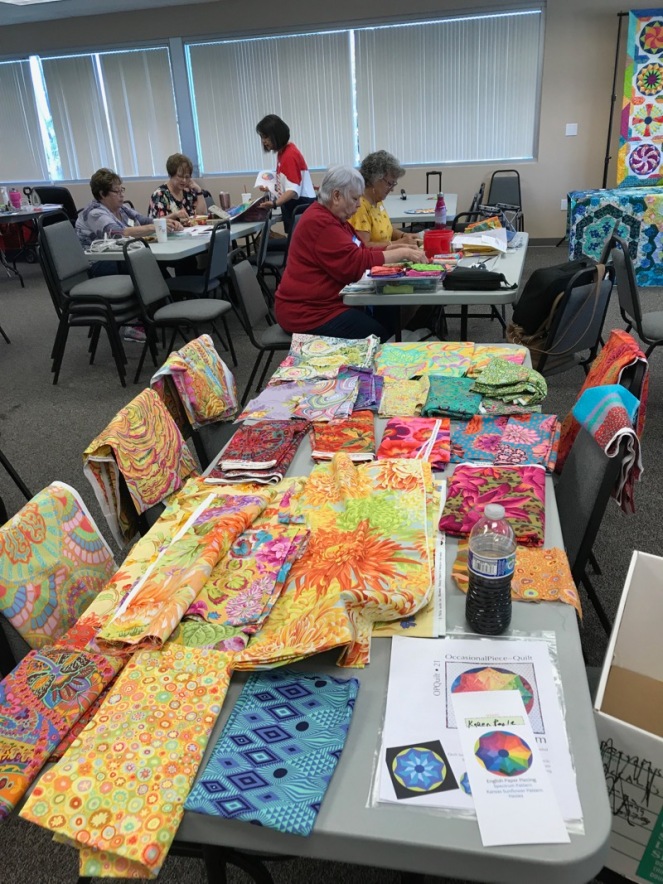 After lunch, we shifted full gear into working on Spectrum, with collections of Kaffe Fasset fabrics being displayed on tables everywhere.  I was most impressed with the generosity of these women, who shared different colors with each other, helping their fellow quilters get all the hues they needed. 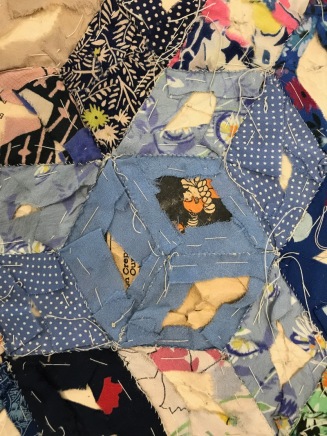 At the end of class, Carol went down to the car and brought up this old EPP quilt, with the papers still in it.  We pulled out a few stitches, removed a few papers and decided it was from the 1930s as the papers were really postcards from a Chicago hotel.  What tales this quilt could tell!

Monday night, I returned to present a program for them, and at the beginning, those who had made progress on their projects held them up for everyone to see. 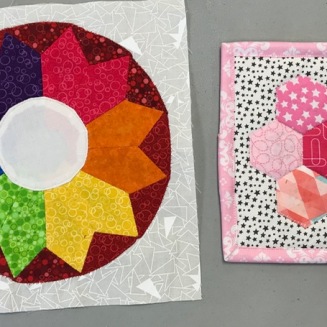 I snapped photos of some who came up to show me (including Vicki and Terri).  That’s Cynna’s Spectrum color wheel taking shape, above left, and Paula’s Kansas Sunflower (variation) and small hexie quilt below left.  I was very impressed with everyone’s work.

Susan, the Program Chair, was busy at her table, but she and others had worked hard to show their projects for the meeting.  She has arranged a visit by Edyta Sitar next year and was busy taking sign-ups for that workshop to be held in March.  Program Chairs are critical to a Guild’s success, and this Guild has a wide array of interesting presentations for their members.  They also have engaged chairs for Charity, Outreach, and other, but most of those are discussed at their other meeting (they have two per month).  This month was also the kick-off for their Block of the Month, which looks really fun. 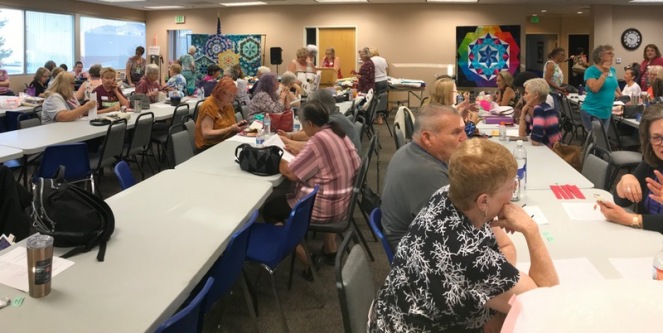 One of the best sounds ever is the cheery voice of quilters greeting each other, which you can hear in this video.  I had a wonderful time visiting the Inland Empire Quilters Guild.  Thank you for inviting me!