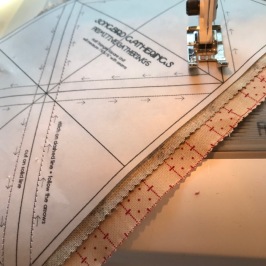 A recent reviewer of Steven Pressman’s book Turning Pro, pointed out that:
“What is distraction, if not self-sabotage, sabotage of one’s future self?”   Pressman, who wrote the War of Art, a must-read for creatives,  writes about about the difference between being an artist and being an addict, about the difference between being a professional (focused on the work) and an amateur (talking about the work, but not really doing it). 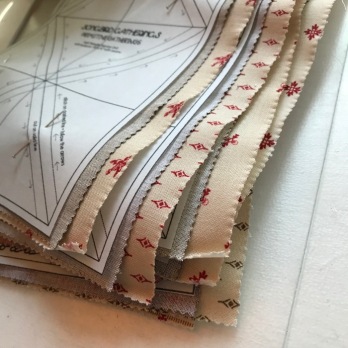 Pressman has written three books, and as another reviewer described them:

“The War of Art discusses the decision to start, while [his second book] Do the Work takes on the concept of sustaining the discipline it takes to finish a piece of work. Turning Pro takes things up a notch by insisting the artist must establish a rigid discipline and trust the Muse.” 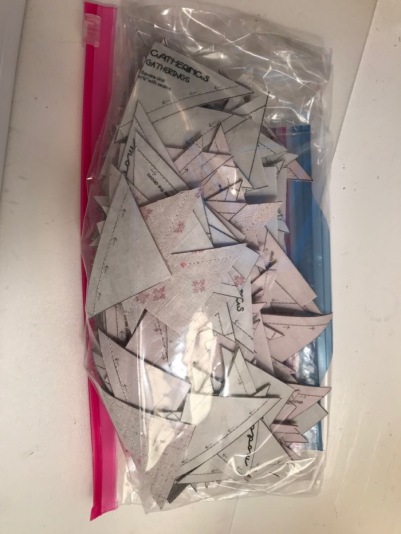 It’s easy to forget why we work at something.  There we are, putting our focus on our machines and in our sewing spaces, cutting and sewing, and all of a sudden, it’s oh wait a minute, let me check what my friends on Instagram are doing. 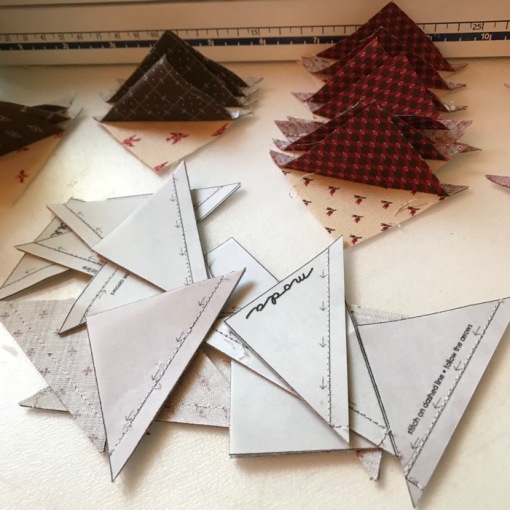 According to Pressman, that doesn’t get the work done.  What it does do instead, is turn our work, our lives, our posts into an endless loop of sort of getting things done, but not really forging ahead into new places.

As Jocelyn K. Glei put it, “I was particularly struck by his distinction between “the artist” and “the addict,” wherein the former is living out a productive, creative career, while the latter is caught in an endless loop of aspiration and yearning that never gets backed up with meaningful action. Glei also noted that: “The amateur is an egotist. He takes the material of his personal pain and uses it to draw attention to himself. He creates a “life,” a “character,” a “personality.”  Using the term “shadow novel,” he draws out the life of a person is sort of working towards something, but not really.  Like I was after grad school: wanting to be an author, but not writing a word.

I soon figured out that being a fiction writer was not the direction I was doing to go. I was able, however, to take my MFA training and love of the written word, combine it with sewing, in order to write about quilting — a completely unplanned, but incredibly satisfying endeavor.

Cindy and I have talked more than once about the world of social media (namely Instagram) and how it sometimes interferes with getting the work done.  I love a good stroll through the posts as much as anyone, and I love to read blogs and see what creative juice is running through my community.

I recently watched the entire launch video of IGTV, that futzy little button in the top right of your screen.  As they went through all the scenes of creators (our new name, I guess), I realized that they were all barely older than my grandchildren…and with that realization came the understanding that IG “allowed” me to have my community, but what they were really about was the selling of “new media,” geared to “young influencers” gaining followers, gaining media attention and earning money.  Hence, the screwed up IG feed for the rest of us.

Chronology is out.  Connectiveness is in (which is different from “connections”).  Process is out.  Profits are in, including the data mining of all our click and taps and touches.

What does this have to do with artist/professional vs. addict/amateur?

As Pressman states, “The artist and the professional, on the other hand, have turned a corner in their minds. They have grown so bored with themselves…What were once their shadow symphonies become real symphonies. The color and drama that were once outside now move inside….When we [choose being an Artist], the energy that once went into the Shadow Novel goes into the real novel. What we once thought was real – “the world,” including its epicenter, ourselves – turns out to be only a shadow. And what had seemed to be only a dream, now, the reality of our lives.

It’s all about where you focus, where you put your attention.  Make use of the tools that help you, but don’t let them dominate allotted time, or dilute creative energy.

11 thoughts on “Getting the Work Done: Artist vs. Addict”