NOTE: Please forgive the blog gremlins who used to work here.  To quote Monty Python, they have been sacked.

I began saving Polaroid blocks for this quilt two years ago, and purchased the fabric about the same time.  I thought it was time to push it over to the “done” side of the ledger, given my last post.  Label’s not yet finished–coming soon.  The title is taken from one of Einstein’s scoffing statements over the idea that  that one particle can have an effect on another particle which might be some distance away.  He thought is was not possible.  Modern physics has proved him wrong, and scads of poems have been written about this, so I thought, why not a quilt title for a spooky quilt? 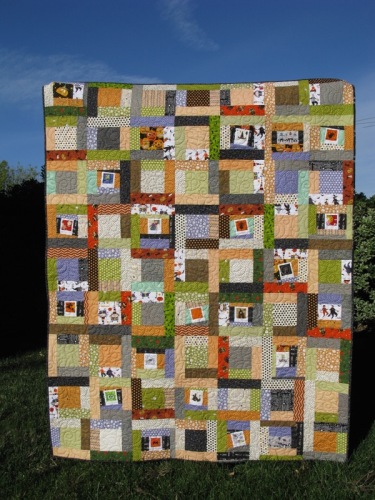 Howard Levy’s poem, of the same name, notes that those who snuggle under quilts can experience this effect:

It is this way: men and women
spin. Hundreds of miles apart, thousands
of miles, the speed of light, it will make no difference….

And Einstein, could he admit
that love would be fast enough,
that this “spooky action at a distance”
is not necessarily paradox,
that these two influence simply in their being,
taken in to each other and separate,
separate and taken in. 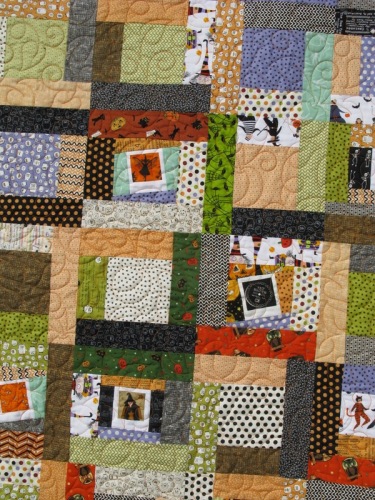 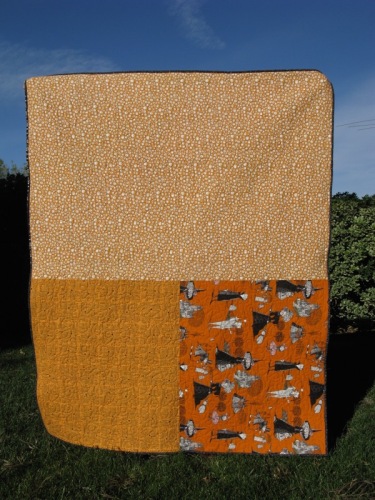 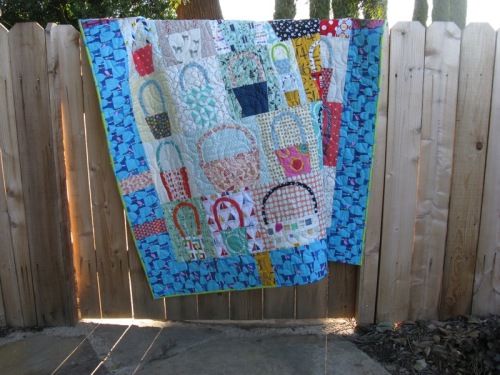 Quilt Number 155
I carried quilt and basket through whispering grass

This was a fun quilt to make, a really great one to do with large scraps.  I have a tutorial •here• for cutting up the baskets quickly, and the how-to for the handle is *here.*  Just go go go, trying not to think about it too much, and have fun while you cut and sew.  The title is taken from “The Picnic,” a poem by Maylee Bossy, about an outing after her husband has passed away.  My husband is still very much here, but the poem involved a quilt and a basket — how could I pass it up? 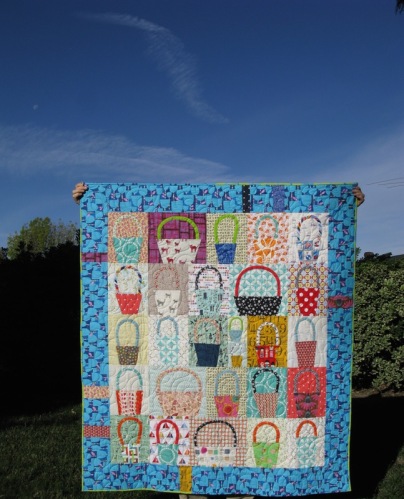 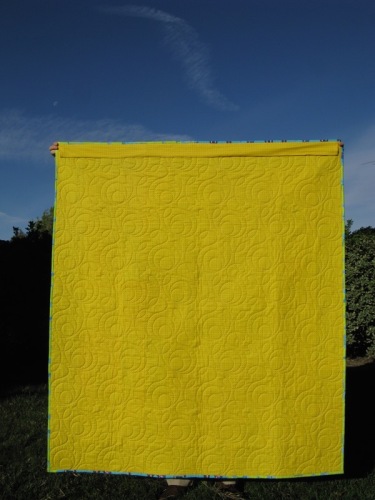 9 thoughts on “Two Finishes: Baskets and a Halloween Quilt for 2016”