My version of Annularity sat rolled up on my guest bed for ages, until I realized it wasn’t going to get quilted that way.  There are no Quilting Fairies, not that I know of. (Shucks.) 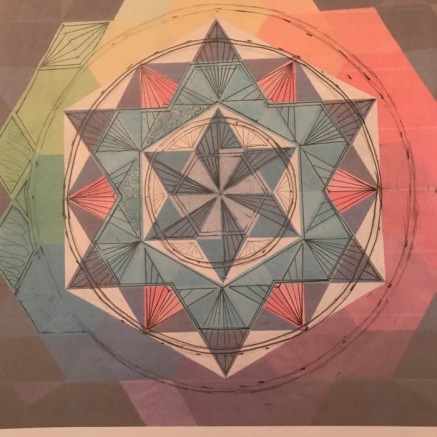 Where does quilting begin?  It begins in the tortured anguished cry of “How am I going to quilt this thing?” an endeavor I described in this blog post titled Don’t Let the Process Overtake the Purpose— a terrifying something about careening off a mountain cliff sort of feeling.  Yep.  That’s how it starts…or doesn’t.  But finally, using some advice I’d been given at QuiltCon, I started drawing and drawing (above). It got me through the center. 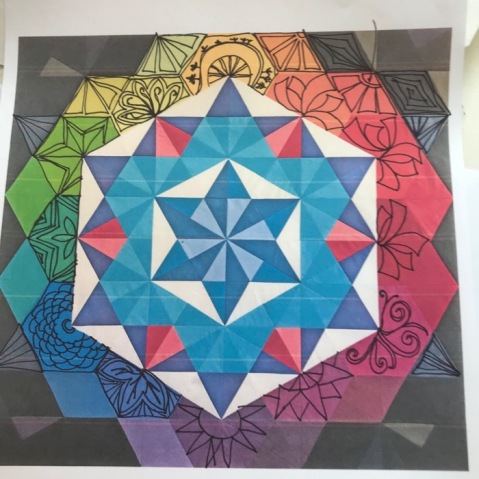 Then the outer ring of colors.  I opened any random artsy book in my house, pulling up the one from an exhibit of Japanese screens from the Smithsonian, which prompted those bold ribbon designs in the upper right, which looked to me like the ribbons at the end of a piñata. 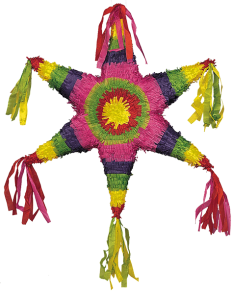 But that same book gave me the idea to think of those shapes as fans, and to fill in the design as if someone had opened one of those and was showing me the designs. 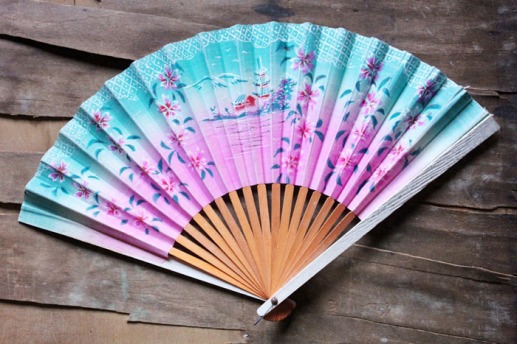 It became easier to visualize the design that way.

Am I 100% thrilled with this?  No, but I am 100% happy that I’ve figured it out enough to get the quilt quilted, knowing — again — the truth in that old slogan I repeat to myself more than once a day: The Perfect is the Enemy of the Good. (or Done.)

I had purchased a number of spools of Superior Thread’s Magnifico, which is my go-to thread for quilting.  It lays down a lovely, slightly thicker, line of thread, but it doesn’t sit on top of the quilt like some thicker threads.  I’m always trying to match the thread well, taking photos of the colors to keep myself on target.

So I wouldn’t get discouraged over taking this in small bites, I took a photo at the end of each quilting session, threw it into my Snapseed app on my phone and labeled the date and the progress.  Above is the first grouping.

It was celebration once I quilted out of the reds into the yellow, which you can see happened last week. 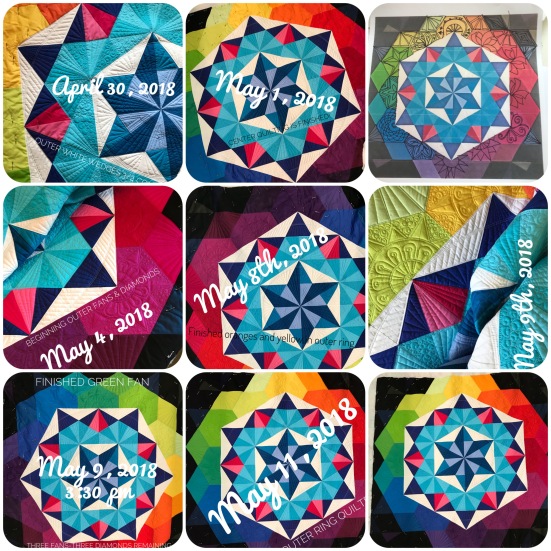 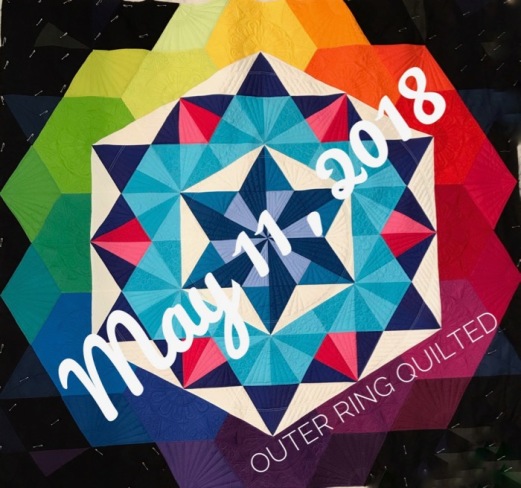 Here’s where I am now.  I’ve got to take a break for a while (some traveling and family stuff), but look forward to getting back at it.  The dark outer quadrants have already been planned, mostly quilted in black thread, letting them recede away from the rainbow of colors.