I’ve been preparing for my unit on Digital Media and how it affects our critical thinking, as that’s my students’ next paper.  I’ve read a ton of articles, and read a lot about how relationships formed via the digital medium are different than those formed in person.

This has been on my mind because this week I’m headed to QuiltCon with my friend Leisa (our relationship formed in person).  I will be meeting lots of “digital” friends — not that THEY are digital — but that our friendships were formed in  bits and bytes of media exchanges, over Instagram, emails, blogs and Flickr. 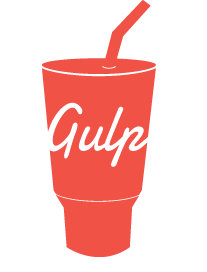 In one part of the excellent video above, Turkle recounts being asked if all these little “sips” of interaction ever added up to a big gulp?  She thought not.  This has gotten me thinking about how we conduct our quilt conversations over the internet.  I have some “sips” that have been converted into gulps. I talk often with Betty in Virginia, Cindy in Fresno, and Anne in Colorado and all were started by comments left on blogs, or by being together in an online group.  I have others I converse with less, but still we have made the jump to real time, and gotten past the awkward moments.  However the truth of it is that some sips can’t always convert to gulps.

I’ve put together a couple of meet-and-greets at QuiltCon.  The first one I organized gave me a stomachache for a day, as I was so nervous and scared about making that jump.  But we found a time to meet, to see each other, and I’ll just see what happens. It’s part of our culture, I think, that instead of names exchanged across a stamped-letter distance, creating a pen-pal relationship, we now form those loose ties over photos and quips and blogs and Facebook pages.  Whether or not these sips will translate into gulps remains to be seen, but I’m looking forward to seeing if they can.