So what if you were trying to think of the basic blocks for beginning quilters?  What would you choose?  So far in our First Monday Sew-Day series, we’ve done four-patches and square-in-square and half-square triangles and flying geese and a few others (Log Cabin was last month), so I thought I’d take a look at another basic: nine-patch blocks. Above is a version of this block, colored a little differently than what we usually see. 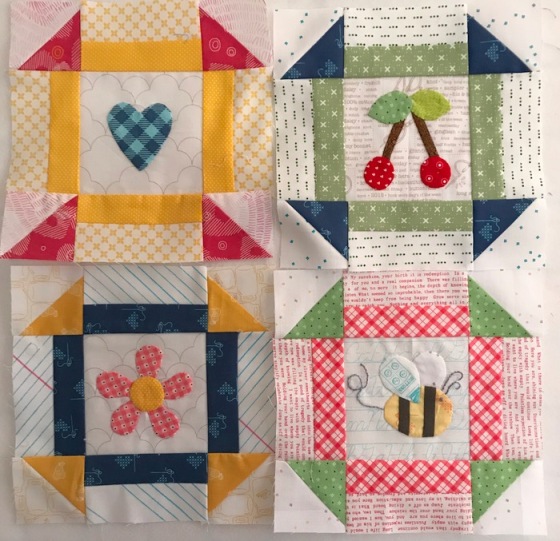 You think I might have caught that wonky churn dash.

I recently made some churn dash blocks for the #dungeonofcute quilt I’m making, and yes, I did fix the problem in the upper left.  For this beginning class handout, however, I chose to make the churn dash blocks more like nine-patches, rather than the adjusted proportions, seen above.

This is one of those Frivols quilts that I did in 2018, which frankly seems like it was about a century ago.  All churn dashes, cozied up to each other.

This quilt is the result of a bee; Linda asked us for small churn dashes, with skinny sides and big, fat centers, in these colors.  It’s a really fun way to work with churn dashes.

While I’ve never done a large quilt with churn dashes, more bee-mates at the time asked for them, in two more different styles.  The blending of value and color in the bottom really makes it interesting.

Here were my two blocks that I made for Carla T, and the finished quilt, with giant churn dashes interspersed in among the smaller ones. 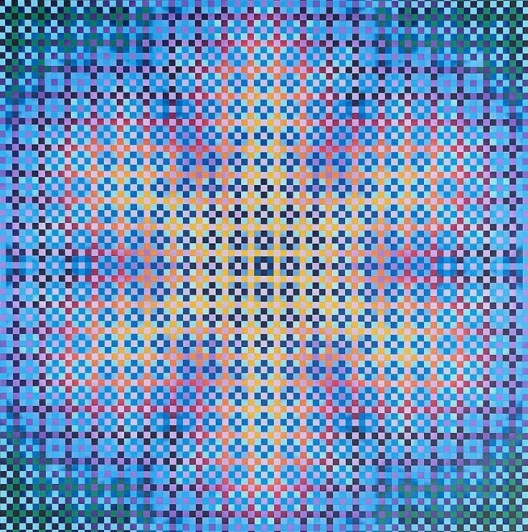 Here’s a nine-patch “quilt” done by an artist I follow.  He works in paint.  He told me his mother was a quilter and I can see her influence.

And here’s Quilt Frolic, a series of nine-patches, set in a an off-set white block, with tons of Amy Butler large-scale prints.

All our Handouts and topics can be found in the tab at the top of my blog: Projects for 2020/First Monday Sew-days.  More quilts can be seen below, in a gallery.

I’ve made a lot of baby quilts using nine-patch variations. 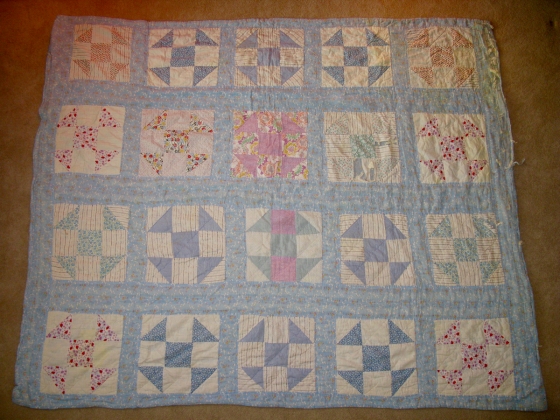 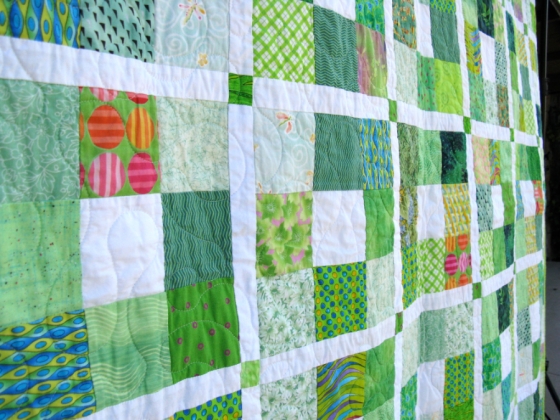 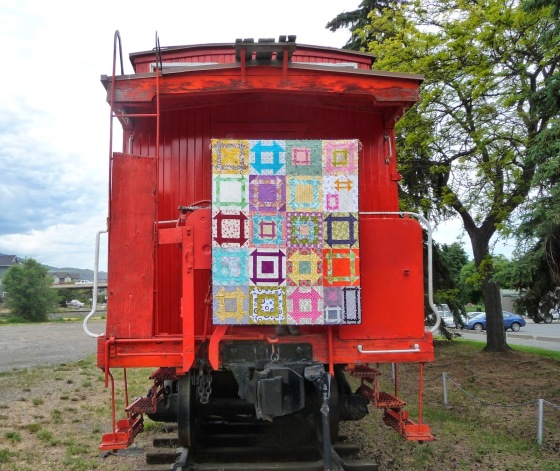