What do you do when the quilt you just finished is too big for your improvised outdoor home photo studio? You try to photograph it anyway. 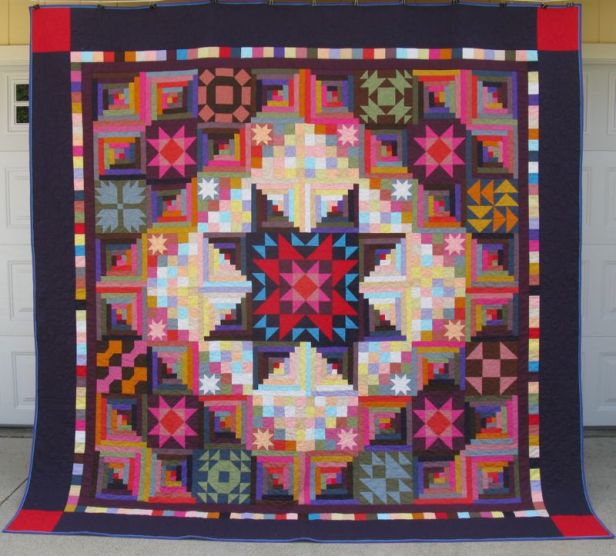 I pieced it, but Cathy Kreter of CJ Designs quilted it. 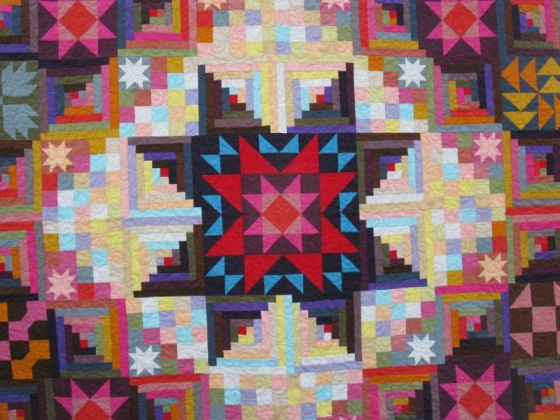 I’d first seen this in the City Quilter Quilt Shop in New York City, and immediately signed up for the block of the month. It was great fun to have those packages arrive every month for six months.  I kept up pretty well.  Nancy Rink called it Amish With a Twist–II, as it followed her first quilt design in the Amish style.  I blogged sporadically about its progress on this site (and *here* too), as often the work progressed sporadically. 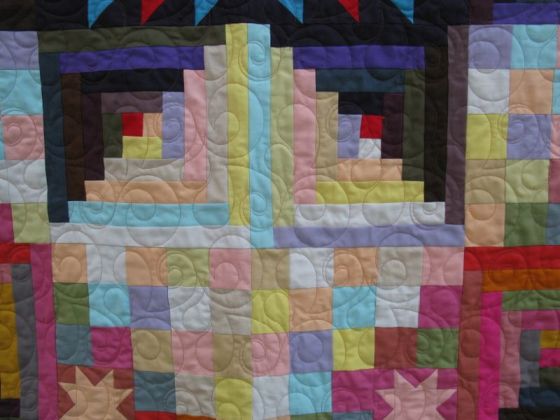 My design wall wasn’t big enough to hold this massive quilt (106″ square) so I pieced it together in sections.

I wrote about the quilting *here* as I really stressed out about which thread to use. 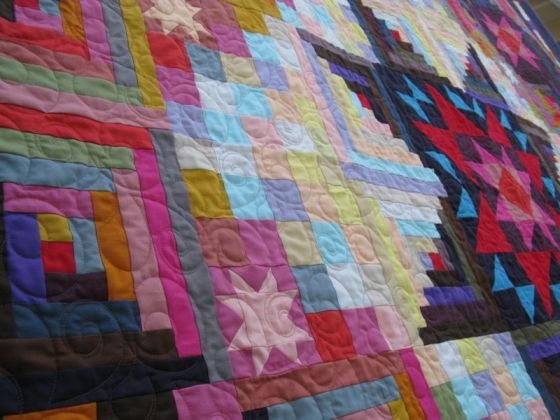 And to make this record complete, here is the back.  I used some Jane Sassaman fabric. 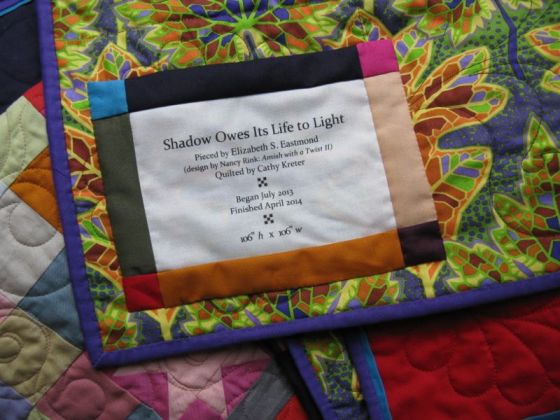 I thought about many names.  I halfway thought I’d just keep Nancy Rink’s name for the quilt, but wanted something different.  Certainly, since it has furrows of light and dark, calling it the oft-used “Sunshine and Shadow” would be a possibility.  But I didn’t just want to say it THAT way.  So I found this old proverb: Shadow Owes Its Life to Light, indicating the interdependence between light and shadow.  Not only did I like it because its allusion to the old cliche, but it also had a nicely poetic rhythm to it. 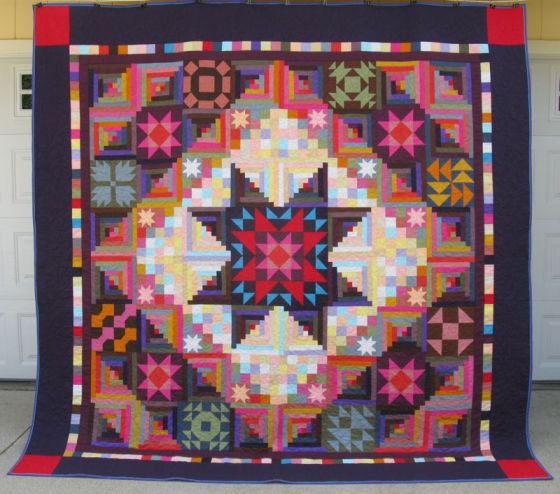 I vowed after making my son’s king-sized quilt that I’d never make another quilt that large.  Well, I did.  But next time, please come running over to my house and talk some sense into me if I ever even think about making another big quilt.

This is Quilt #130 of my lifetime quilts.

From time to time you will see ads on my blog.  I receive no money from them; my blogging software puts them on here so I can use their blog platform for free.

16 thoughts on “Shadow Owes Its Life To Light”