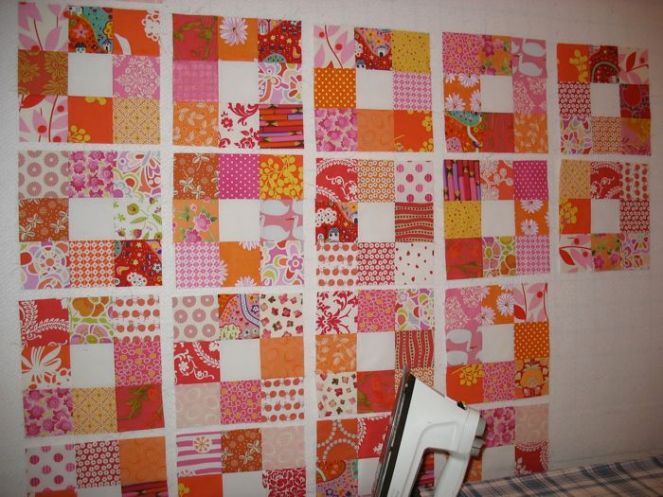 I made a quilt like this and gave it away, but thought I’d like one too.  I started re-collecting a few months ago, and now have enough for two quilts!  Doesn’t it always go like that?  At the rate I’m going this month, I’ll have it done by summer, but it is fun to look at such an explosion of color when I get bored with my grading. 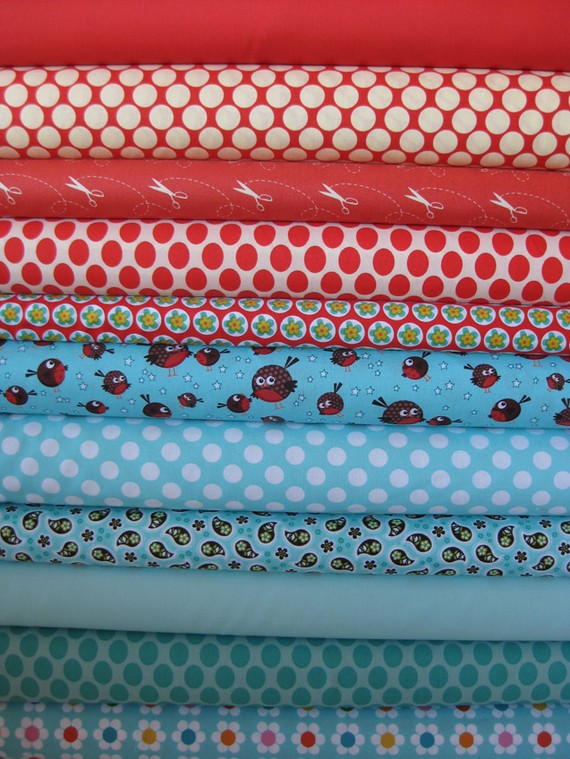 On a related note, a friend bought two of these bundles to make a quilt for her granddaughters.  I couldn’t get them out of my mind.  So when Fabricworm had a little Black Friday sale, I bought a stack, too.  Do I know what I’m going to do with them?  No–but who could resist this luscious stack of turquoise and red/oranges?  I just noticed that they are sold out of them, so I’m hoping that I got one of the last ones.

And at FabricShoppe on Etsy, I found this coordinating fabric; I figured I could work the argyle in somewhere, and the zigzag might make an interesting binding.  Although we hardly ventured out, you could say I contributed to the American economy in my own way.

On a related note, I’ve been thinking about time–most notably the belief that I will have more time in some imaginary future than I do now.  Which is why I can’t seem to finish the quilt on the pin wall, but I’m happily adding to my stash via Black Friday sales on the web.  In an article in the New York Times, it notes that our perception of time is never accurate:

In fact, scientists are not sure how the brain tracks time. One theory holds that it has a cluster of cells specialized to count off intervals of time; another that a wide array of neural processes act as an internal clock.

Either way, studies find, this biological pacemaker has a poor grasp of longer intervals. Time does seem to slow to a trickle during an empty afternoon and race when the brain is engrossed in challenging work. Stimulants, including caffeine, tend to make people feel as if time is passing faster; complex jobs, like doing taxes, can seem to drag on longer than they actually do.

This would explain why when grading a pile of student essays, time slows to a deadly crawl.  But when shopping for shiny bright new fabric on the web or piecing a lovely hot pink and orange quilt, the time seems to gallop by–leaving me only an unfinished quilt on the wall.

I will have more time come the new semester as I’m only teaching one class–and it’s one I’ve taught multiple times so things are pretty well in place (unlike this past semester of two new preps).  The trick will be to discipline myself to use this extra time in a most rewarding way, which will definitely include, among other things, cutting into and piecing fabric.

One thought on “Time Flies”