I am continuing with my determined goal to make all my Frivols tins this year.

Because this one was quite small, finishing up at 29″ by 32″ (different than what was measured on the tin), I finished it early, so I get to put an X on the circle of Frivols. 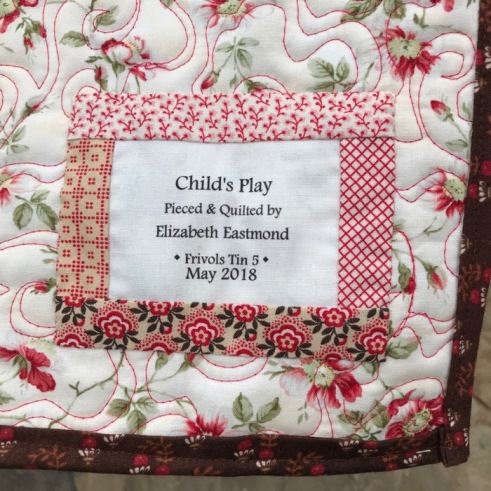 As mentioned in the last post, the fabric is by French General, and while it looked really dark in the tin, with the black and white four-patches added, it is fairly lively.  It reminded me of an extended game of checkers, and since the quilt is small, like a doll’s quilt, I titled it Child’s Play. 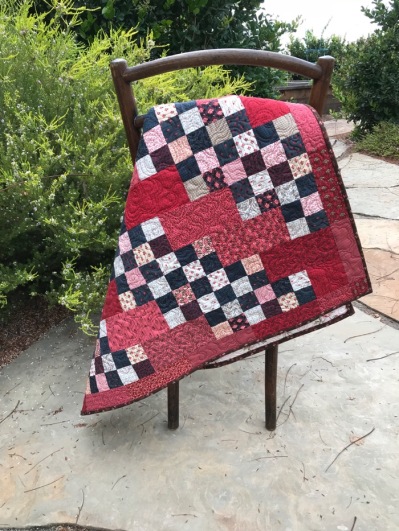 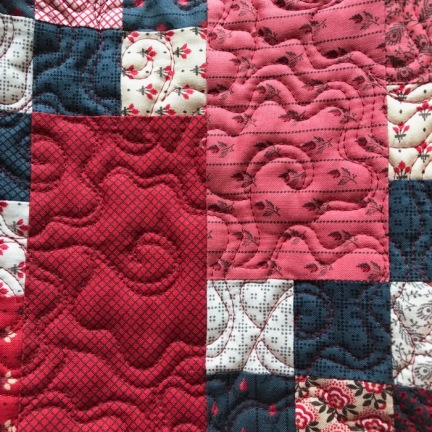 I quilted it with a stylized flower. 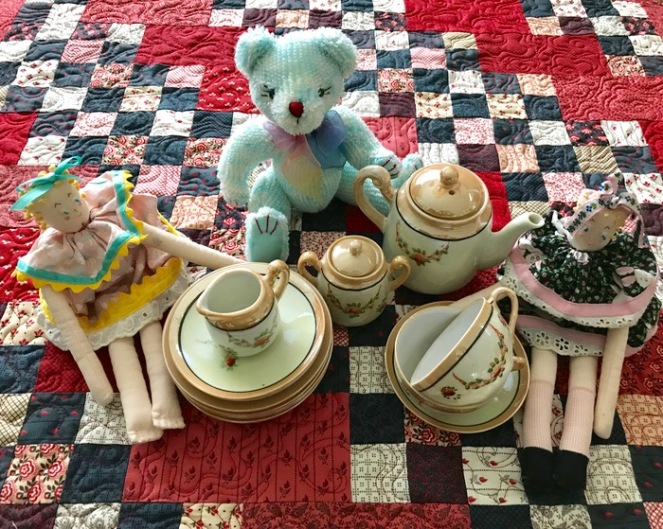 Every doll’s quilt needs some dolls, and I just happened to have my mother’s play tea set from when she was a little girl.  She’s celebrating her ninth decade this month, and because she’s turning ninety, she’s always saying things to me like “You’re not old.”

She’s right.  I’m not yet up to her age, but I am one lucky girl to still have a mom here to talk to when I need a cheering up.

Because I’ve been thinking about my mother today, the chair above is an antique from “the farmhouse,” a place where my grandmother (my mother’s mother) moved when she married grandpa, a widower with a passel of children, and adopted — and adapted herself to — a life as a farm wife.  And then she had three more children, my mother being one of them.

A photo of my mother when she was in college. My daughter, who is named for my mother, is with her on the left.  And below is a photo of my mother’s Magnum Opus, a quilt with cross-stitched designs, all hand done while we lived in Peru for two years. 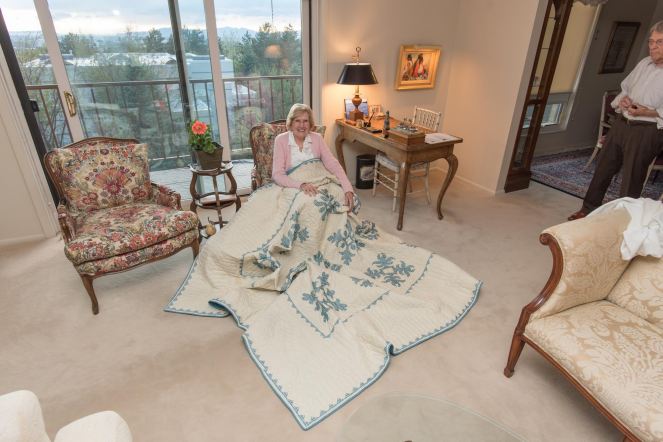 Since it is also Mother’s Day here in the United States, I hope you treasured some memories of your mother, and if she is still here — I hope you called her or visited her.

It wasn’t until I grew up that I realized that my mother (and father) gave me the greatest gift of all: a young life where I could pretend, and get dirty and dress up and have imaginary tea parties and fight with my younger brothers, and go to church, and roam the neighborhood, time to read books, and to hope to be like my older sisters.  While soon enough I would discover that there were real sticks and stones out there, she gave me a life sheltered from the world’s harsh realities.

She gave me Child’s Play, every day.